ACL Tears – Surgery or no surgery? 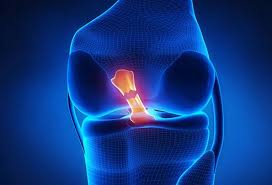 Controversy exists regarding the optimal treatment of a torn ACL and whether surgery is necessary.

Australia has an extensive ACL problem with the highest rates of rupture in the world at 10,000 per year (Moses, Orchard, & Orchard, 2012). This is due to grass types and the popularity of cutting/change of direction sports such as netball, AFL and soccer.

Of these ruptures, Australia also has the highest rates of ACL surgery in the world at 90%, with only 10% of patients choosing conservative management. The decision to operate comes as a big one, with surgery costing between $5,000-$15,000.

How Does it Occur?

ACL injuries usually occur landing from a jump, pivoting or decelerating. The vast majority (70-80%) are non-contact injuries, usually related to biomechanical issues such as poor landing mechanics. The other 20-30% are contact injuries resulting from a direct blow or perturbation, such as a collision or being knocked mid-jump or run. For these reasons, ACL injury is common in sports such as skiing, AFL, netball, soccer, basketball and gymnastics.

While more males suffer ACL injury on the whole, there is a gender bias towards females sustaining ACL injury. When exposed to the same level of activity (training & game time), females have a 2-8x higher risk of rupture.

Extrinsic – (outside of the individual)

Females have a higher rate of ACL injuries due to:

Some other intrinsic risk factors apply to both males and females

Several factors come into consideration when deciding between operative or conservative management. Not all ACL injuries require ACL reconstruction and many people can cope without an ACL. Each case should be assessed individually and a discussion should be had between the patient, physiotherapist and surgeon as to the best course of action required.

The following factors may help guide the decision to have surgery or not.

The following factors may contribute to a decision to AVOID surgery.

The following factors may contribute to a decision to UNDERGO surgery.

What does the research say? (KANON trial)

Individuals that do rehab (exercise + strengthening) prior to surgery have superior outcomes to those that have early surgery. Delaying surgery allows for better resolution of joint trauma prior to second trauma (surgery) to the knee. It also allows time to develop better pre-op muscle strength and neuromuscular control. This enables the individual to enter surgery with a better knee outcome score, which is prognostic for better 5-year outcome.

Interestingly, a 2019 study showed that 45% of those who were originally classified as being unable to cope without an ACL became a potential coper after just 5 weeks of exercise rehab (Thoma et al., 2019).

Hayden graduated in October 2018 and has undergone 5 months of further training with our Principal Physiotherapist, Andrew. He completed his Bachelor of Physiotherapy at Charles Sturt University and was presented with a Dean’s Award for Academic Excellence at graduation. This followed a Bachelor of Exercise and Sports Science at Sydney Uni in 2014 and a Cert IV in Massage Therapy in 2015.

Start to strengthen your Quadriceps and Knees

A great exercise to start to strengthen your knees! Great for Osteoarthritis and Patella Tendon pain if your not able to get to the gym.

The Best and Easiest Patella Taping